HOW TO WIN THE PR7’S CHAMPIONSHIP 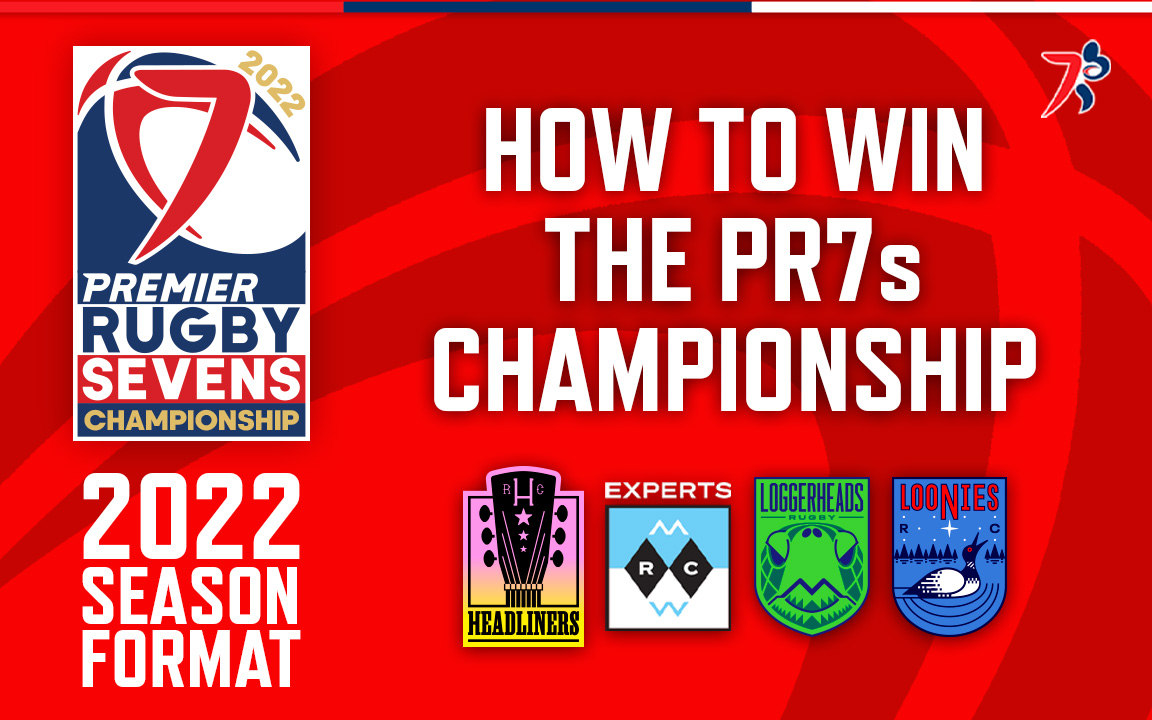 Premier Rugby Sevens kicks off its first season this summer, with a three-tournament series July 9 at PayPal Park in San Jose, July 16 at Audi Field in Washington D.C. and July 30 at Q2 Stadium in Austin.

Four franchises make up the eight teams playing in parallel men’s and women’s competitions at each stop on the series: the Loggerheads, Headliners, Experts and Loonies. And this season, they’ll all be chasing three different championships.

The first tournaments in San Jose and D.C. share identical structures and serve as the regular season, while Austin will play home to the series championship.

In San Jose and D.C., the men’s and women’s competitions will be split into two pools of two, each team playing twice in the group stage – once against their pool rival and once crossing over against a team from the other pool. The two teams in the men’s and the women’s division with the most points move on to the final game of that tournament. The other teams will compete in a 3rd place match.

At the end of each tournament, series points will be awarded based on order of finish, and the series standings will be used to seed the next tournament. The results from San Jose will dictate the seeds for D.C., and the results from both will aggregate to determine seeding for Austin.

In Austin, it’s a straight knockout tournament to determine the winners. Each team is slotted into the men’s and women’s semifinals, with the last teams standing earning the title of PR7s champs.

If teams are tied in points after pool play, the first tie breaker is total wins, followed by point differential and tries scored.

Draws will be permitted during pool play, but should there be a stalemate at the end of regulation of a semifinal, championship or consolation match, a five-minute sudden death period is played. The first team to score a try, penalty or drop goal wins.

If the score is still tied at the end of sudden death, each team nominates three players to take alternating drop goal attempts from the 22-meter-line directly in front of the posts, a la soccer’s penalty shoot-out. If each team converts the same number of successful dropkicks, they nominate one additional player each for sudden-death kicks until the tie is broken.

To determine the final seedings for Austin, the following tie breakers will apply:

At season’s end, the overall standings will decide the United Championship, a unique coed competition between team franchises. The men’s team and the women’s team for each franchise will combine points from all three tournaments. The franchise with the highest aggregate total will be crowned United Champions. This is the first award of its kind in professional sports.

The men’s and women’s teams will receive a cash bonus that is equal pay. On an individual basis, there will be an MVP for the men and an MVP for the women.