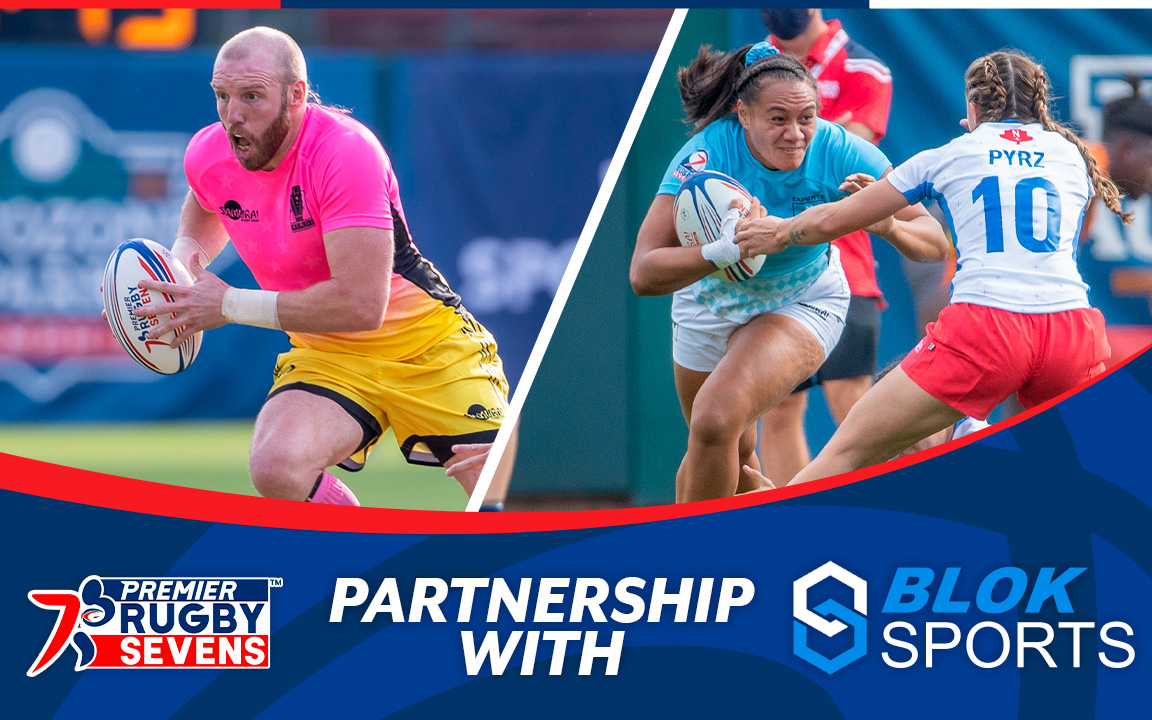 Bloksports.bet is licensed under a Curacao license and is approved to operate in several international markets, including Canada, South Africa, New Zealand, and select European Union countries. BLOK SPORTS is working towards licenses in the U.S. on a state-by-state basis.

Since the platform is running on blockchain, all wagers will be transacted securely through a common stable coin, such as USDC, accessible through the BLOK SPORTS app. BLOK SPORTS has removed the frictions associated with other decentralized apps so that even non-crypto savvy users and casual fans can join in. The app will integrate with PR7s’ content to provide a seamless experience for fans to follow the action live while participating in an immersive social wagering experience.

“We couldn’t have aligned ourselves with a better partner than Premier Rugby Sevens,” said Mitchell Chun, Founder and CEO of BLOK SPORTS. “PR7s is reinventing the way fans experience the world’s most electric sport. PR7s showcases high-action games that are ideal for sports betting via live broadcasts, digital engagement, and new technologies. At BLOK SPORTS, we’re reinventing how the next generation of fans bet on sports. We’re thrilled to be working with PR7s to deliver a new social betting experience.”

“With over two games completed every hour and competitive parity between teams, rugby sevens is an ideal new experience for sports betting enthusiasts. Our partnership with BLOK SPORTS is a historic first step toward integrating wagering into rugby sevens,” said Owen Scannell, CEO of Premier Rugby Sevens. As we scale in 2022, we look to be at the forefront of implementing innovative ways to engage new fans. Being aligned with BLOK SPORTS shows our commitment to leveraging technology to heighten the fan experience and integrating fun gamified platforms.”

As the first league of its kind with men’s and women’s teams competing under one umbrella with equal pay, each PR7s event will boast a party-like atmosphere with bands, DJs, games, contests, partner integration, and special appearances. PR7s also unveiled a revolutionary new prize that unites the men’s and women’s competitions, with combined points throughout the season determining the winner of the United Championship. Eight teams compete within four franchises: Experts, Headliners, Loggerheads, and Loonies. A men’s team and a women’s team represent each franchise.

BLOK SPORTS is a decentralized sports betting exchange enabling anyone anywhere to bet others instantly, reliably, and securely without the involvement of a middleman. Its platform safeguards against fraud, removes the need for the house, and provides an unparalleled level of fairness and transparency for players around the world. BLOK SPORTS’ products also include predictive analytics, a suite of social and fan engagement solutions, and a network designed around the upcoming BLOK SPORTS token. Learn more at www.about.bloksports.com.