A Closer Look at the 2023 Regionalization Announcement 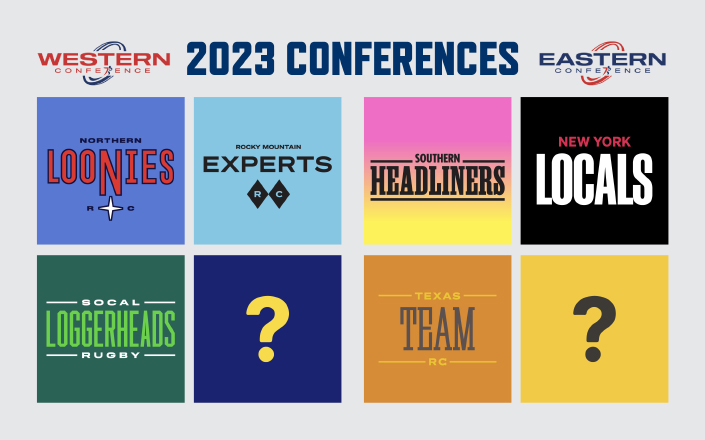 There are a ton of exciting developments regarding the upcoming Premier Rugby Sevens 2023 season! Pick your team and learn more about their pathway to the 2023 Championships below.

As part of a new competitive format for its 2023 season, PR7s will double the number of franchises and for the first time, explicitly connect each franchise to a specific region or city. Select franchises will host a tournament within their market. The home teams will experience a decisive home field advantage, complete with in stadium support and merchandising.

Eight total franchises will each feature two teams for a total of sixteen teams. The Team and Locals franchises return to competition for the first time since 2021 and will have both a women’s and men’s team.

Additional details to come on the timeline and roster rules in 2023.

The eight franchises will be divided into two conferences, East and West. Teams will play a conference schedule, consisting of multiple tournaments throughout the United States. All tournaments in 2023 will be knockout style, with points awarded for tournament finishes. The top two men’s and women’s teams from each conference will qualify for the 2023 Championship tournament.

The United Championship will be calculated based off of the combined finishes between the women’s and men’s teams.

The franchises and conference breakdown are as follows:

In addition to hosting tournaments, each franchise will act as a pathway toward amplifying the rugby and rugby sevens community in each of their respective regions through a number of initiatives.

PR7s Open Trials, announced earlier this month, will be spearheaded by the local franchise. At Open Trials, franchises will evaluate male and female athletes to compete for an opportunity to make a roster alongside Olympians and national team players. At each Open Trial, franchises will have the right of first refusal to offer a roster slot to participants in that trial.

In addition, each franchise will drive localized community outreach to engage the existing rugby community and bring new fans into the fold.

These efforts will include youth clinics, rugby discovery sessions, high school and collegiate engagement, as well as coach networking.

Each franchise will also have an affiliate club program to create new participatory sevens programs adjacent to PR7s tournament stops and heighten player and coach experiences.

The league will announce its event schedule shortly after the New Year.