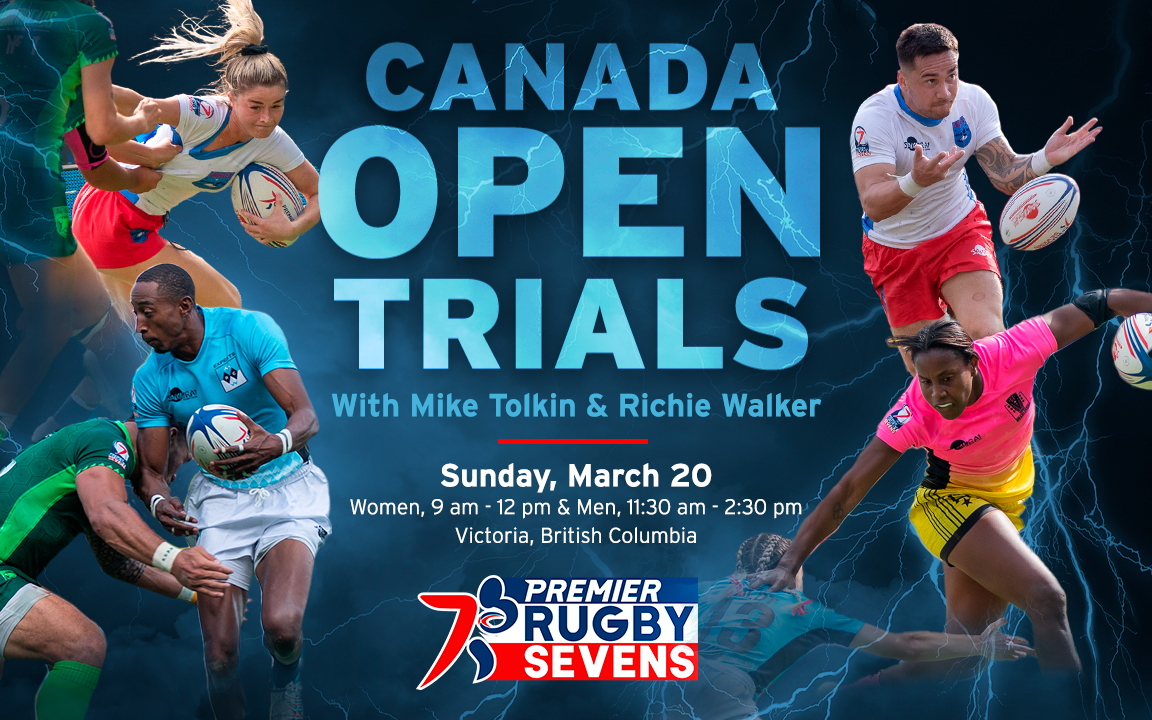 (NEW YORK, Feb. 17, 2022) Premier Rugby Sevens (PR7s), a new sports league featuring the best rugby talent in North America, announced it will host Open Trials in British Columbia on Sunday, March 20. The tryouts will take place at the City Centre Park, 1089 Langford Parkway, Victoria, B.C. The league debuted in 2021 with 10 teams, 120 male and female players, and over 15 Olympians. The Open Trials will provide an opportunity for lesser-known players and crossover athletes to make a 2022 roster spot and join many of the world’s best rugby sevens stars.

“PR7s is offering an opportunity for men and women to play at the highest level of rugby sevens right here in North America,” said PR7s General Manager Mike Tolkin. “The Open Trials that we hosted in the fall led to PR7s players teaming up with over 15 Olympians to showcase their skills on national television. We have even bigger plans in 2022, and I’m encouraging everyone who thinks they have what it takes to register for one of our three Open Trials.”

As the first U.S. sports league to debut with men and women earning equal pay, PR7s also became the world’s first professional women’s rugby league. During the first event in the fall of 2021, 18 games were broadcast live in a single day via Fox Sports in the United States, TSN in Canada, and Facebook Watch worldwide.

Officially launching in multiple cities in the summer of 2022, PR7s showcases the sport of rugby sevens through 14-minute games in single-day tournaments. The events will occur in cities across North America and lead to both a women’s champion and a men’s champion each year.

Canadian Delaney Aikens was named the Women’s MVP at PR7s Inaugural Championship that took place in Memphis in October 2021, which marked the league’s debut. As a native of Saskatchewan and only 21 years old, Aikens led the Loonies to the first women’s title for the league, scoring two tries in the championship game.

The PR7s Open Trials are sanctioned by USA Rugby, who continues its sanctioning partnership with PR7s as the highest level of domestic seven-a-side rugby. The new league has offered pathways and a national platform that have led to opportunities with USA Eagles Sevens, including PR7s Inaugural Championship Men’s MVP Logan Tago of the Experts, Sarah Levy of the Loonies, and Aaron Cummings of the Team.