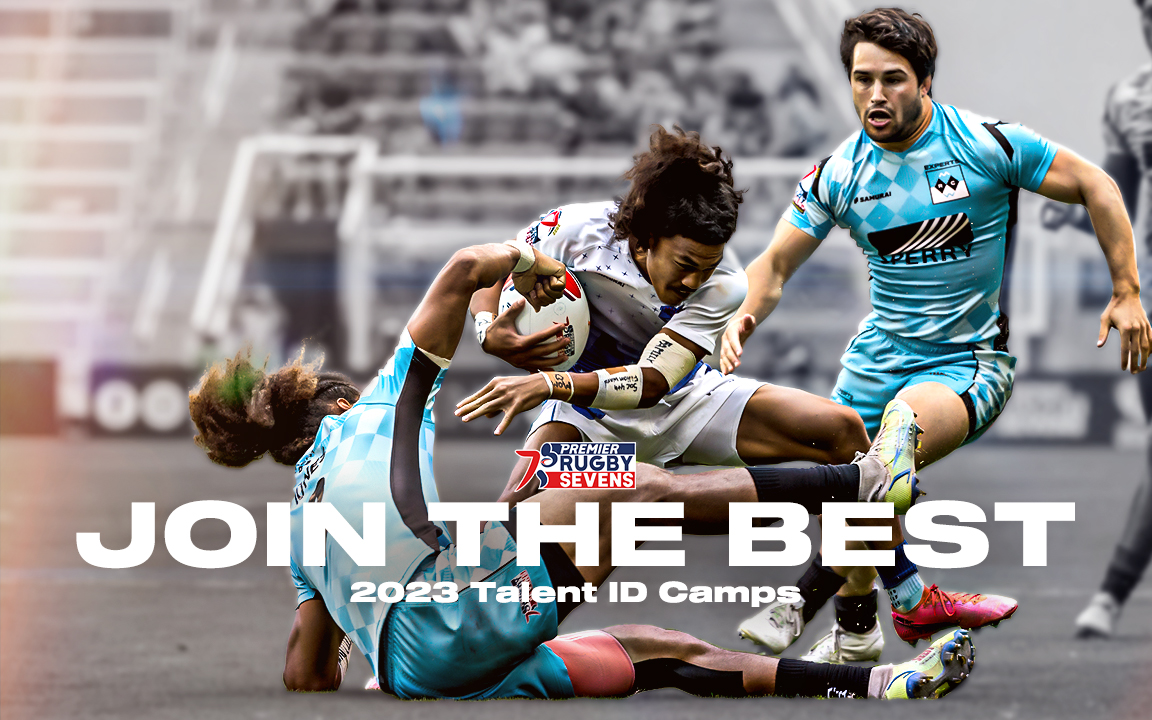 (NEW YORK, Nov. 22, 2022) Coming off its first multi-city season in 2022, Premier Rugby Sevens (PR7s) will host Open Trials in eight markets across North America starting in January 2023. The professional league is searching for male and female athletes who will compete for an opportunity to make a roster alongside Olympians and national team players for the 2023 PR7s season. The Open Trial schedule includes the following:

Specific times and venues will be confirmed in the coming weeks. Interested players must be at least 18 to participate and can sign up at prsevens.com/talent. Crossover athletes with limited rugby experience are encouraged to try out. Many of the top rugby sevens players in North America previously competed at a high level in other sports, such as basketball, football, soccer, ice hockey, field hockey, wrestling, and track and field.

The PR7s Open Trials are sanctioned by USA Rugby, which classified PR7s as the highest level of domestic seven-a-side rugby. Since PR7s debuted in October 2021, the new league has offered pathways and a national platform that have led to opportunities with USA Eagles Sevens, including Logan Tago, Aaron Cummings, and Sarah Levy.

Most recently, Nolan Tuamoheloa was called up to the U.S. National team to play in the 2022 Hong Kong Sevens after a successful season with the Experts this past summer. View Tuamoheloa’s story via the PR7s YouTube channel HERE.

“We are looking to add more talent to our league and find the next stars of PR7s and USA Rugby,” said PR7s General Manager Mike Tolkin. “In 2022, about 20% of our rosters were discovered at Talent ID camps across North America. We offer men and women an opportunity to play at the highest level right here in the United States.”

The PR7s 2022 season included over 30 matches through tournaments at the MLS stadiums in San Jose, Washington, D.C., and Austin. The Headliners took home the first United Championship, led by Team USA Olympic co-captain Abby Gustaitis for the Headliners women and U.S. national team player Adam Channel on the men’s side. The Headliners also took home the Kathy Flores Cup for women’s top prize, while the Loggerheads earned the A. Jon Prusmack Cup as the men’s champion, led by U.S. Olympians Martin Iosefo and Matai Leuta.

About Premier Rugby Sevens
Premier Rugby Sevens (PR7s) is a groundbreaking professional sports league in North America that debuted in 2021. With a focus on accessibility and entertaining content for fans, the league showcases the electrifying sport of rugby sevens through a touring format in cities across the United States. PR7s is the first sports organization of its kind, with men’s and women’s teams competing under one umbrella with equal pay. To learn more about Premier Rugby Sevens, go to PRSevens.com and follow the league on Twitter, Instagram, Facebook, and LinkedIn.