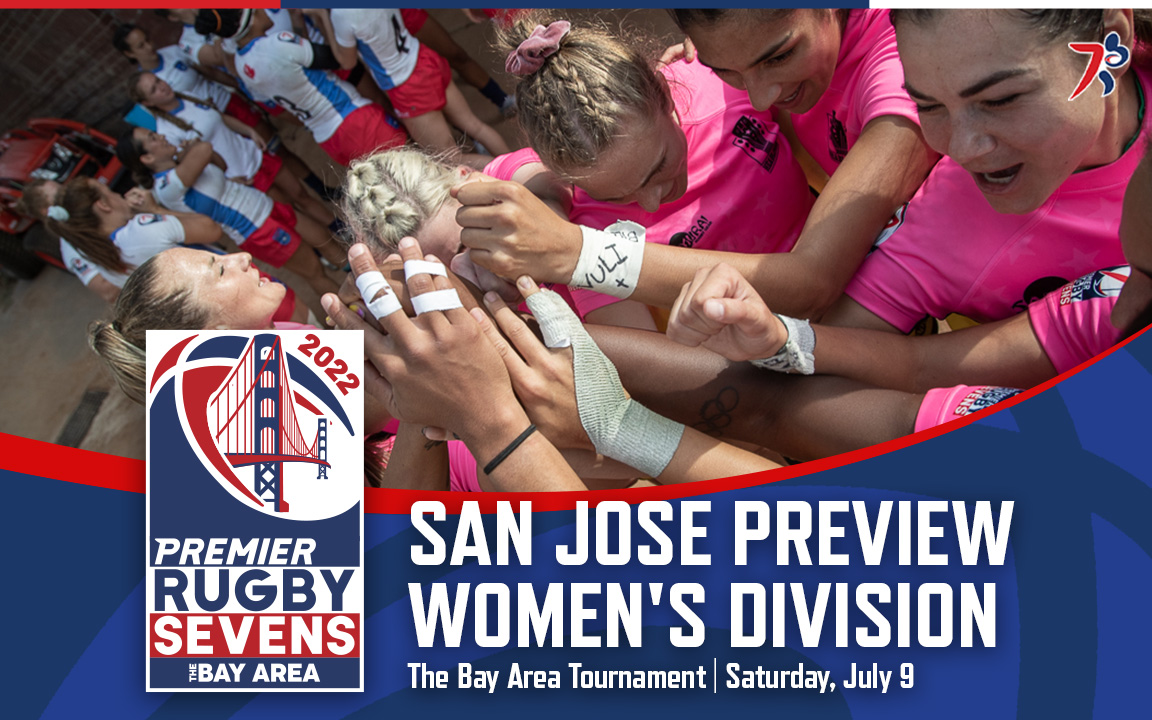 On every continent but Antarctica, there are multiple legitimate leagues to which men wishing to pursue a professional rugby career can aspire. For women, the opportunities are scant and representation is almost impossible to find. For those reasons, and for putting the women’s game on truly equal footing in every way, PR7s, you could argue, is already the world’s leading, aspirational professional rugby competition for women, even before kicking off its inaugural season Saturday at San Jose’s PayPal Park.

Making the argument between the lines will be 48 of the best rugby athletes North America can muster. Olympians, College All-Americans, NCAA national champions and capped internationals from Mexico, Netherlands, Sweden, Venezuela, the USA and Canada are all in the mix.

Former Team USA captain Abby Gustaitis is returning to high performance rugby for the first time since Tokyo 2020 to captain the Headliners. Her first run out will be against the Loggerheads, the team she captained from the sideline at the Inaugural Championship in October and was tabbed to lead before an 11th hour transaction put her in Headliner pink. If all of that isn’t reason enough to tune in this weekend, keep reading.

Crossovers
When Americans think of mainstream athletes crossing over to rugby, football often springs to mind as the sport of origin. Perhaps because gridiron is baked into our culture like apples into pie, but also perhaps because there’s a long history of really great football players making fantastic rugby players, including 1958 Heisman Trophy Winner Pete Dawkins, who is credited with inventing the overhead lineout throw playing rugby as a Rhodes Scholar at Oxford’s Brasenose College.

But crossovers can come from anywhere, including netball. Headliner Grace Kukutai is a former professional Netball player from New Zealand. Though rugby is the official sport in her homeland, netball pays, and Kukutai didn’t pick up rugby until recently stepping away from her first love.

Crossing over from the world’s most popular sport is returning expert Amanda Berta. Before winning national titles for Penn State’s rugby program, she did so with the soccer team in 2015. Berta is perhaps better known in rugby circles for twice appearing on “Next Olympic Hopeful” a reality game show where athletes competed for spots on sundry Olympic teams, finishing as runner up.

If Headliner Laura Hurff earns an international cap in rugby, she’ll have made a United States national team in two sports. A decorated athlete in both lacrosse and field hockey, Hurff had the choice of which to play in college. She picked the latter and won a national title with Syracuse her sophomore year before appearing more than 30 times for Team USA. Since COVID, she’s put down the stick and picked up the rugby ball, and the sky’s the limit for the 26-year-old convert.

Steph Rovetti is another returner with hardwood roots. Before following her sister Morgan into rugby at BYU, Steph played four years of point guard for the Cougars, making a run to the Sweet 16 in 2014. She’s parlayed that rare background into both several caps for the Eagles and a career coaching college basketball.

One of the more interesting storylines for the inaugural season of Premier Rugby 7s is how these teams came together. Generally in professional sport, you have a few different streams of player acquisition. Drafts are a uniquely American phenomenon, geared toward allocating the rights to collegiate or up-and-coming players. Then you have free agency, where teams can pluck from one another. And every season, teams carry over a portion of their previous rosters.

All of that’s the same for PR7s, with coaches effectively picking their own squads. They all carry over a portion of their teams from last October’s Inaugural Championship in Memphis, they’re all counting on rookie classes made up mostly of collegiate talent, and all but the Loonies have acquired free agents who played for other franchises in Memphis.

The Loonies, which won the Inaugural Championship, standout because they lost arguably the most from October; MVP Delaney Aikens and star Alev Kelter. Returning both head coach Kelly Griffin and assistant Robin MacDowall, the Loonies’ staff is the only one in the women’s competition to experience no personnel changes since the fall.

The team is a completely different story, as the Loonies count 14  rookies on their 18-player roster. With just four returners, only two of whom are picked for the season opener in San Jose, and no free agency pickups off other teams, Griffin and MacDowall aren’t resting on their success, fielding the greenest team in the league. That’s by design.

Much of the fresh talent can be directly attributed to MacDowall, the former Canadian international turned most-active-coach-ever. He runs an academy back in British Columbia and wears numerous whistles, including formerly that of head coach of the Mexican national team, explaining the presence of Las Serpientes star Isabela Berazueta-Gonzalez Burgos on the roster.

The Loonies are leaning heavily on Canadian talent, fitting for a franchise that shares its nickname with the Canadian dollar. Griffin and MacDowall have brought in seven Canadian rookies, all of whom will need to play a big role for the team to repeat success from Memphis. Temi Ogunimi is capped for the Canadian women, having won gold at the 2019 Pan-Am Games. So is Shosh Seumanutafa, a product of the University of British Columbia.

Denise Roy is an inspiring comeback story, having stepped away from the game for three years after helping Canada win silver at the 2017 Commonwealth Youth Games. Carissa Norsten helped the University of Victoria to an undefeated 7s season this spring, Kira Katan is a standout from the University of Fraser Valley, and Sofia Brussoni is representing the University of Calgary.

The Loggerheads also have a coach with connections that could add up to those small margins between victory and defeat this season. Head coach Katie Dowty is also the USA U23s coach, and in February she led a camp with 18 up-and-comers aspiring to the national team.

In that camp, she got reps with four Loggerheads, Life West’s Leila Opeti, Life’s Autumn LoCicero, Central Washington’s Alycia Namosimalua and Utahan Elizabeth Saloni Tafuna. Considering the short build-up for every team in PR7s to congeal, whether or not that familiarity plays a factor will be worth keeping an eye on.

Transactions
The women have had fewer transactions since the announcement of the full rosters, but there are a few. The Experts have lost Kayla Lawson, but pick up Life All-American Susan Adegoke. The Headliners lost Scout Cheeks and picked up Katie Lohaus.